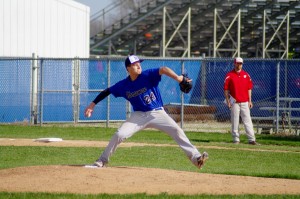 The Northfield varsity baseball team opened the season on the road with a victory over the #1 ranked preseason team in the state (coach’s poll), Blackhawk Christian. Remington Monce was dominate on the mound collecting the win, while giving up no hits and striking out 17. The offense was lead by Jared Vigar going 2 for 4 with 2 runs batted in. Also getting hits were Drake Richter, Xian Rodriguez, Mason Hovey, and Jakob Hayes. Jarred Short also scored a run in the victory.

Wabash Invitational
8:30 am
View All Events